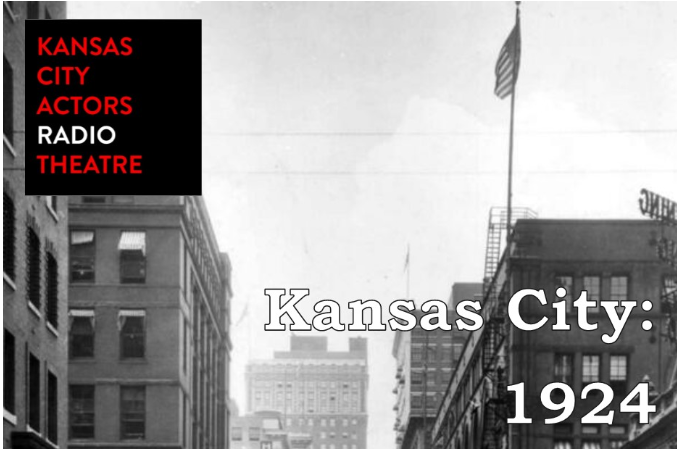 This new venture in weekly audio programming will include “Kansas City: 1924,” 10-part original historical drama written by local playwright, actor, and director Forrest Attaway, alongside classic radio plays including Agatha Christie’s “The Case of the Careless Victim,” “A Murderous Revision” from the “Suspense” series, and episodes of the comedy The Bickersons, by Philip Rapp.

The premiere episode on September 25th will be hosted by John Rensenhouse, Walter Coppage, and Cinnamon Schultz. The episode will be a preview of the series to come, including preview excerpts of future episodes, interviews with “Kansas City: 1924” playwright Forrest Attaway; and experienced stage, film, and radio actor Victor Raider-Wexler; and more.

“My intention in approaching this story is to bring to light the unique endeavors of Kansas City in the throes of prohibition,” said Attaway, who is in the process of completing the scripts for Kansas City: 1924. “I want to encompass not only the political strife but also the day-in and day-out of a relatively young metropolitan area struggling with its own identity. Race, religion, social economics as well as corruption all played a vital role in the foundation of Kansas City. It’s an exciting period, with Prohibition, politics, prostitution, baseball, the Mafia, cowboys, the police and all of their intertwined relationships, and although this is historical fiction, it’s my hope that the historical elements ring true.”