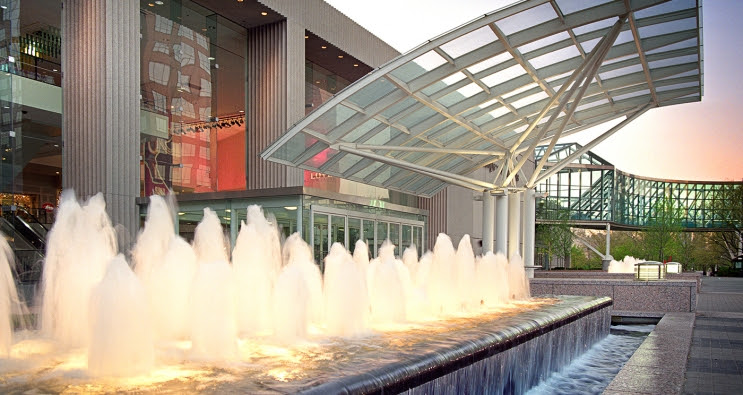 The MTH Theater at Crown Center has announced the six productions that will make up its 2020 season.  MTH Executive Artistic Director Tim Scott said of the 2020 Season, “We’re incredibly excited about our 2020 line-up. The shows we’ve selected are an excellent representation of what we strive to do at MTH. We want to present American classics in a way that honors the heritage of musical theater while also re-examining shows with contemporary sensibilities.”

The productions include innovative and timely re-imaginings, Tony Award winners, a regional premiere, an exciting original Revue and a holiday favorite. In its most ambitious season to date, the 2020 MTH season offers great musical stories told in collaboration with Kansas City’s finest artists.

The original jukebox musical, Forever Plaid is one of the most popular and successful musicals ever written. This deliciously fun revue is full of classic harmonies, pitch-perfect melodies, and 1950s nostalgia.

Based on the play Liliom by Ferenc Molnar

Celebrating its 75th Anniversary, Carousel is the second musical written by Richard Rodgers and Oscar Hammerstein II and features one of the most glorious scores in musical theater history. MTH’s production will feature a 12-piece orchestra, live on stage.

Celebrating the 45th anniversary of the original Broadway production, Chicago is Kander & Ebb’s legendary and award-winning musical about fame garnered through media headlines. Chicago is the longest-running American musical in Broadway history.

WHAT’S GOING ON: The Music of Motown

This MTH original revue features the evolution of the Motown era, from the 1960’s sounds of Marvin Gaye and The Four Tops to the 70’s sounds of The Jackson 5 and The Supremes to the more contemporary sounds of Stevie Wonder, Michael Jackson, Lionel Richie and beyond. More than just the iconic tunes, this Revue aims to demonstrate the impact Motown had, not just on popular music, but on American culture, as well.

Music and Lyrics by Maury Yeston

Titanic swept the Tony Awards in 1997. This new and updated chamber version includes new orchestrations designed to sound as if the score was being played by the musicians who made up the ship’s actual band, telling the gripping story of the ocean liner’s maiden voyage and tragic demise. A Kansas City premiere.

The critically acclaimed Musical Monday/Tuesday series returns for its 12th Season. One of the hottest musical showcases in Kansas City, the series is known for highlighting the synergy between show tunes and pop tunes.

MTH Theater reports current Season subscriptions are the highest in the Theater’s 18 year history. 2020 Season Tickets are currently available to be purchased at a discounted “early bird” rate through September 1. Season tickets may be purchased by calling the box office at 816.221.6987, visiting MTH online at www.mthkc.com, or in-person at the MTH box office at Crown Center.