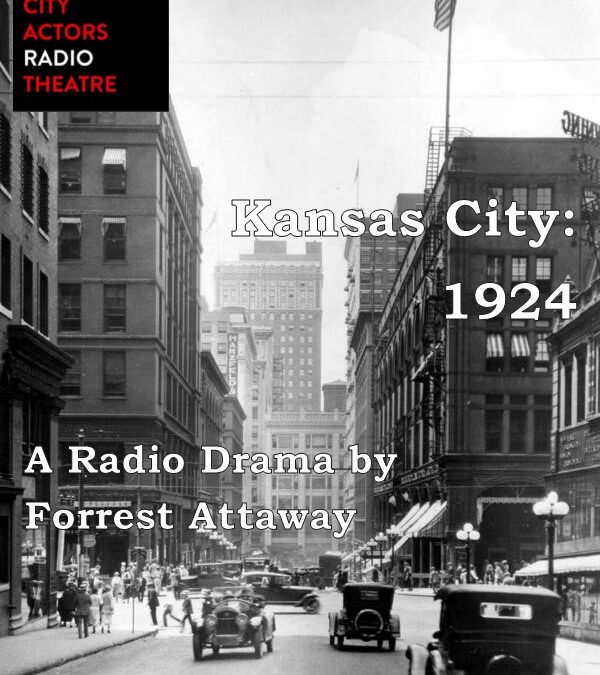 The core artistic company of Kansas City Actors Theatre is excited to announce that it is in negotiations to begin a weekly series of radio theatre in partnership with radio station 90.1FM KKFI, Kansas City Community Radio, in September 2020.

The weekly programming will include classic works from the 1930s, 1940s, and 1950s in rotation with a 10-part original series written by local playwright, actor, and director Forrest Attaway. The original series, “Kansas City: 1924,” weaves local historic figures into storytelling that captures this city at a crossroads.

“Storytelling is at the core of KCAT’s mission,” said Walter Coppage, one of the company’s founders and a current company member. “Radio provides us with a unique opportunity for storytelling, Aural Theatre, audio-only productions that are not just heard but often felt in a way that’s unlike visual storytelling. Our imagination creates the imagery, the scenery, costumes and locations that are unique and specific to each listener, so no two experiences are ever alike.”

“The connection between KCAT and KKFI is such a compelling part of this project. We’re a homespun theatre company, and they’re a homespun community radio station with passionate theatre supporters among their leadership,” said John Rensenhouse, chair of KCAT’s artistic committee. “This also gives us a chance to showcase a wide array of local theatre artists, which is great.”

The premiere date for Kansas City Actors Radio Theatre on 90.1FM KKFI will be shared soon, including a schedule of weekly programming, full cast lists, and announcement of design teams.

Kansas City Actors Theatre is grateful to its individual donors and the season sponsors whose support is assisting with this pivot to socially-distanced, safe theatre for this current season. Among those sponsors are American Theatre Wing, the Breidenthal-Snyder Foundation, the Ellis Foundation, the Miller-Nichols Foundation, the Griswold Foundation, Missouri Arts Council, the Richard Stern Foundation, the Schubert Foundation, and Theater League.