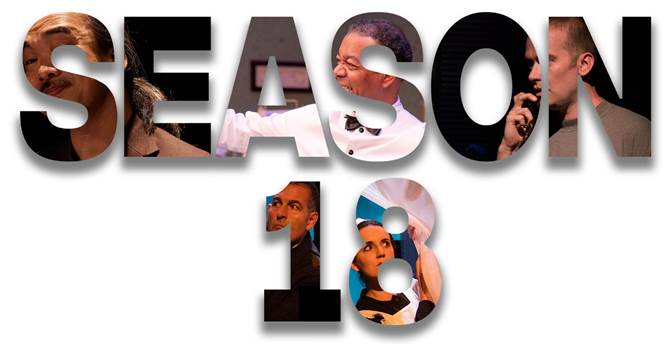 Warm, poignant, witty, whip-smart, and heartfelt – all words that describe the works included in the Kansas City Actors Theatre lineup of plays selected for 2022-2023. This is KCAT’s 18th Season of productions, showcasing the leading professional theater talent in Kansas City.

KCAT’s 18th Season will include five full productions and will feature a combination of artists new to KCAT’s stage, and familiar to KCAT’s audience. KCAT’s Artistic Committee of local theater professionals, chaired by actor and director John Rensenhouse, has carefully selected the stories for KCAT’s 18th Season focusing on the issues of our day, and reminding us what it means to be human. Each story selected is sure to deliver an unforgettable experience.

“With Season 18, we are trying to capture the enthusiasm and excitement of a return to live performances and build on that with a new attitude toward play selection born out of the pandemic and the social equity movement.  We have picked projects that, hopefully, will have people eager to go out and see some theatre again and then once there, see something that will spark new thoughts,” says local actor, director, and KCAT Artistic Chair John Rensenhouse, “We’ve got fun and mystery from the pen of Agatha Christie, we’ve got comedy and dementia in the West Philly family of Dot, coziness and a hometown hero in Calvin Trillin, hard hitting social examination in Smart People, and an American classic in Arthur Miller’s The Price. This promises to be one of our best seasons ever.”

Gary Heisserer, KCAT Board President adds, “I am particularly excited about the great diversity of our new Season 18. Collectively this season’s plays form an extraordinary patchwork that examines the human experience from wildly different perspectives.  Some of these plays are very funny, some are very sad, and some are both. Consistent with KCAT’s mission, they all feature roles that will showcase the wonderful artistry of Kansas City’s finest actors.”

The Price
By Arthur Miller

Brothers Victor and Walter Franz, who haven’t spoken to each other in over a decade, reunite to sell the belongings of their late father.  With Walter nowhere to be seen, Victor is left to haggle over prices with the octogenarian antique furniture dealer Gregory Solomon. Memories are dragged up and Victor is confronted with the story of his life, and the price we put on family, security, and life itself. This deceptively simple plot is handled masterfully by renowned American playwright Arthur Miller.

KCAT returns to the wonderful and mysterious world of Agatha Christie for a third time following our hit productions of The Mousetrap and And Then There Were None. Directed by Darren Sextro (who most recently adapted and directed the award-winning production of A Doll’s House at KCAT) and starring Hillary Clemens (A Doll’s House, And Then There Were None, A Lie of the Mind). Spider’s Web is as suspenseful as it is amusing, with Christie gently parodying the very type of detective thriller for which she is famous. Clarissa, the wife of a diplomat, is known for her drama-filled stories, but when a murder takes place in her drawing room, she finds real drama much harder to negotiate, and she has the work cut out for her in unmasking her killer. Spider’s Web will be performed at the recently renovated Goppert Theater at Avila University.

About Alice
By Calvin Trillin

Calvin Trillin is a writer known for his over 400 pieces published in The New Yorker, but he is also a humorist, novelist, cookbook author, Kansas City Star journalist, and memoirist. In his 2006 memoir, About Alice, Calvin Trillin details the life of his late wife, Alice, and the idiosyncrasies that made her who she is. Written five years after her death, Calvin Trillin paints a moving portrait of his wife and their life together, exploring the daily experience of loving, being loved by, and ultimately losing a loved one. KCAT Artistic Chair John Rensenhouse is set to direct this theatrical adaptation from Kansas City native Calvin Trillin.

Colman Domingo is an Olivier, Tony, and Drama Desk award nominee who premiered Dot in 2015 at the Actors Theatre Louisville. Dot chronicles a family dealing with the matriarch’s recent diagnoses with Alzheimer’s, leaving the family to balance caring for themselves while also caring for their mother. Dot is twisted and hilarious, while tackling tough issues like aging parents, midlife crises, and the West Philadelphia neighborhood it is set with warmth, humor, and wit. Dot is filed with diverse characters who are complex, compelling, and richly rendered.

One of the newest works ever produced at KCAT, Smart People by Lydia Diamond asks the audience tough questions with intelligence and wit. Are our prejudices inherent or are they learned traits? Who is allowed to discuss the affects, the effects, and the existence of race? And, how do our backgrounds influence the way we approach these conversations? On the eve of the 2008 election, four highly educated Cambridge residents find that race is still a tough subject to broach, filled with stumbles and wrong turns. Smart People is quick-witted, intelligent, and entertaining if not a little unsettling.