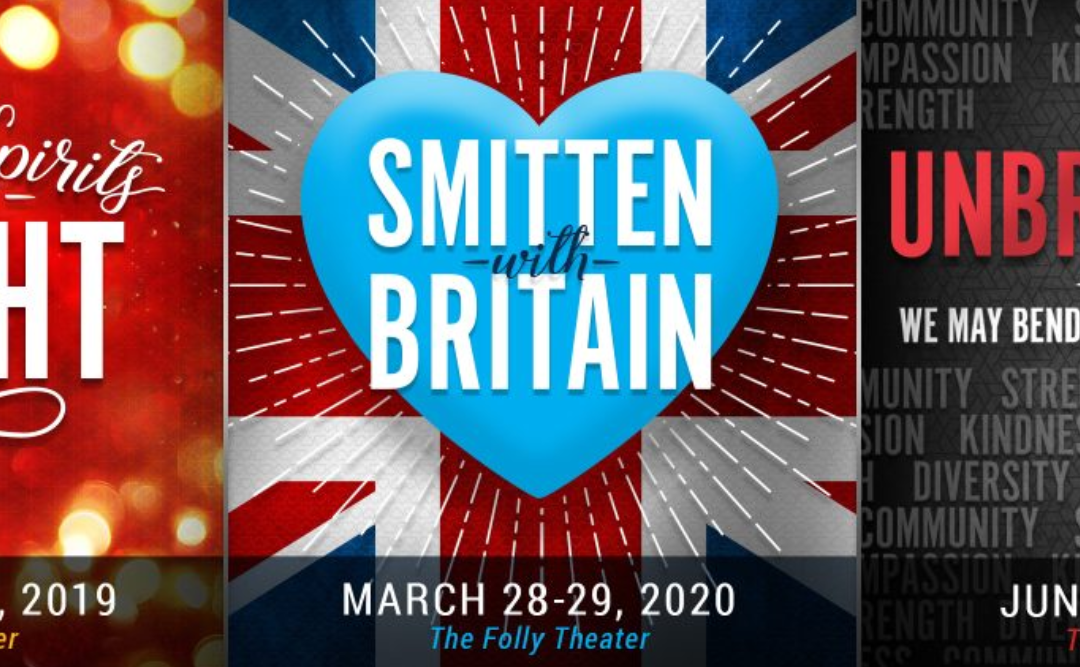 Rick Fisher, Executive Director of Heartland Men’s Chorus (HMC), announced Monday their 34th season will again present three completely distinct concerts. All three performances include the show stopping productions for which HMC is known. All three concerts are created to change hearts and minds. However, each concert is also incredibly unique. “In our 34 years,” said Fisher, “we’ve kept audiences on their toes because they never know quite what to expect from Heartland Men’s Chorus. We literally keep them guessing. But they always know they’ll come away feeling terrific and having had a wonderful time.” High res photos can be found here.

This year will be especially unpredictable because the Chorus is under the baton of Interim Artistic Director Shawn Cullen. Though not unfamiliar to Kansas City audiences since Cullen previously conducted HMC’s chamber ensemble group, “Burnt Ends,” it is his first time leading HMC for the entire season. Cullen hails from Arizona where he completed his Bachelor’s Degree in Music Education and a Masters of Music in conducting, both from the University of Arizona. He is currently a Graduate Teaching Fellow at the University of Missouri-Kansas City Conservatory completing course work towards his Ph.D. and serves as Director of Music at the Shawnee Mission Unitarian Universalist Church. Cullen is a proud member of the national board of directors for GALA Choruses.

Kansas City shines brightest during the holidays, so HMC will “flip the switch” in December to once again bring our exciting blend of familiar carols, choral classics and hilariously zany twists on everyone’s favorite holiday music in Making Spirits Bright!  At the Folly Theater, December 7-8, the HMC holiday show is a favorite among audiences. “The combination of nostalgic holiday favorites and hilarious performances by members of the Heartland Men’s Chorus are truly what bring the holiday concert to life,” exclaims Executive Director Fisher. “This annual holiday production has fast become one of Kansas City’s favorite non-traditional holiday traditions.”

Single Tickets to Making Spirits Bright in the C. Stephen Metzler Hall at the Folly Theater are available online athttp://hmckc.org/tickets/ or by calling 816-931-3338 beginning October 15th. Prices range from $18 to $43 with special student pricing at $7.

The United Kingdom rocks the airwaves with its incredible variety of musical genres and legendary artists. British talent is celebrated all over the world . . . from The Beatles to Adele, Sam Smith to Sir Elton John. This Ode to some of The Queen’s most distinguished musicians includes a musical journey from folk to pop.

Single Tickets to Smitten With Britain in the C. Stephen Metzler Hall at the Folly Theater are available online athttp://hmckc.org/tickets/ or by calling 816-931-3338 beginning December 9th. Prices range from $18 to $43 with special student pricing at $7.

A new musical by composer Andrew Lippa (The Addams Family, I Am Harvey Milk) and creative team, Academy Award-winners, Dustin Lance Black (Milk, When We Rise) and Bruce Cohen (Milk, American Beauty, Big Fish), presents a historical arc to the experiences of the LGBTQ people over the last 12 decades. Illuminated by four characters drawn from real-life stories from throughout LGBTQ history, the work weaves together the themes of awareness and activism, and seeks to illuminate decades of setbacks as well as progress in the U.S.

Single Tickets to Unbreakable, in the C. Stephen Metzler Hall at the Folly Theater, will be available online athttp://hmckc.org/tickets/ or by calling 816-931-3338 beginning March 30th. Prices range from $18 to $43 with special student pricing at $7.

ABOUT HEARTLAND MEN’S CHORUS – Heartland Men’s Chorus (www.hmckc.org) is Kansas City’s gay men’s chorus, now in its 34th season. Founded in 1986 with 30 singers, HMC quickly became a safe oasis for a community scarred by fear and hatred, while plagued by a virus. Now with 120 singers, HMC is a vital part of Kansas City’s robust arts and cultural scene, making the historic Folly Theater its performance home for 26 years. HMC also presents regional outreach concerts in a five-state area and has performed nationally and internationally in joint concerts with other GALA choruses. They regularly perform at GALA Choruses International festivals. The Kansas City Star has called Heartland Men’s Chorus “one of the most beloved arts institutions in Kansas City.”

Visit www.hmckc.org for more information about Heartland Men’s Chorus’ 2019-2020 season. High-resolution photos of the chorus can be obtained by visiting hmckc.org.

Information for Folly Theater parking can be found online at www.follytheater.org. The parking garage, immediately west of the Folly Theater, is the primary parking garage for Heartland Men’s Chorus patrons. Event parking is $8 per car and may be purchased upon arrival (cash only at the gate).

Student tickets are available for $7 (with valid ID, one ticket per ID). They may be purchased in advance by calling the HMC box office at 816-931-3338 or at the door prior to the performances based on availability. The Box Office opens one hour prior to all performances.

Season tickets for all three shows, starting at $72, can be purchased at http://hmckc.org/tickets/.