Inspired by the lives of these two women, this fictional story begins at their auspicious reencounter, during their exile in Mexico City: the Mexico of Frida Kahlo and Diego Rivera, the Mexico of the Popol Vuh and indigenous healing, the Mexico that provided refuge for Europe’s artist and intellectuals.  Surrounded by the “exciting and utterly strange” land where “even the trees were unfamiliar”, they begin to create art unbound by the masculine surrealist manifesto and towards the ¨true muse¨.   Nurtured by their immeasurable imaginations and unique friendship, Leonora and Remedios discover that the poetic journey between madness and knowledge lies in reclaiming their own feminine mysteries… 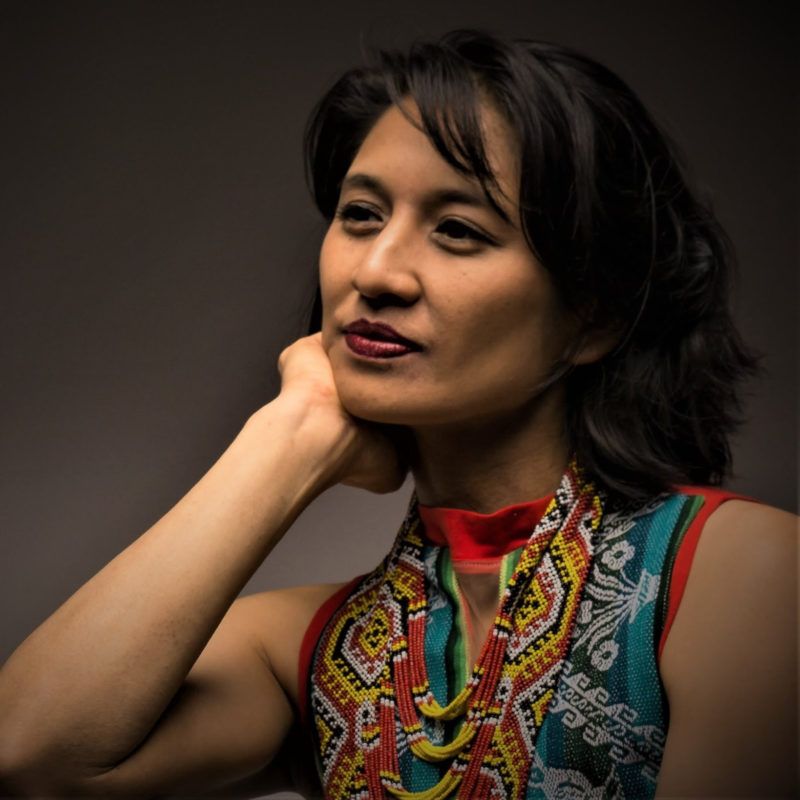 She trained with renowned directors in South America: Guillermo Angelelli and Gabriel Chame (Cirque de Soleil) in Buenos Aires, Argentina; she was a resident artist with Teatro Tierra in Bogota, Columbia, training physical theatre actors.  In 2013 she was given a theatre scholarship with the Theatre Epi d’Or in Pontigny, France, to train actors and develop ideas for the Festival du Artes Sacres, 2014.

Her theatrical pedagogy is based on a trans-cultural and deeply personal training process through which a performer’s uniqueness manifests, using exercises from the internal martial arts, anthropological theatre, Filipino folk dance, and other precision-oriented physical and vocal training.  In Bolivia, she taught and directed at El Tapeque, Bolivia’s premier social circus, and was a consultant with Atempo Dance company. In Kansas City, MO,  she taught theatre at Alta Vista Academia de Ninos in 2014 and at Woodland-Edison Classical Academy from 1999 –  2001.

Residing in the United States since 2014 with her husband Amado Espinoza, an innovative musician and instrument maker, they co-founded Resonation Music and Arts, LLC, bringing world music, dance and storytelling to the classroom and beyond.

She graduated with a radio/television/film degree from Northwestern University. 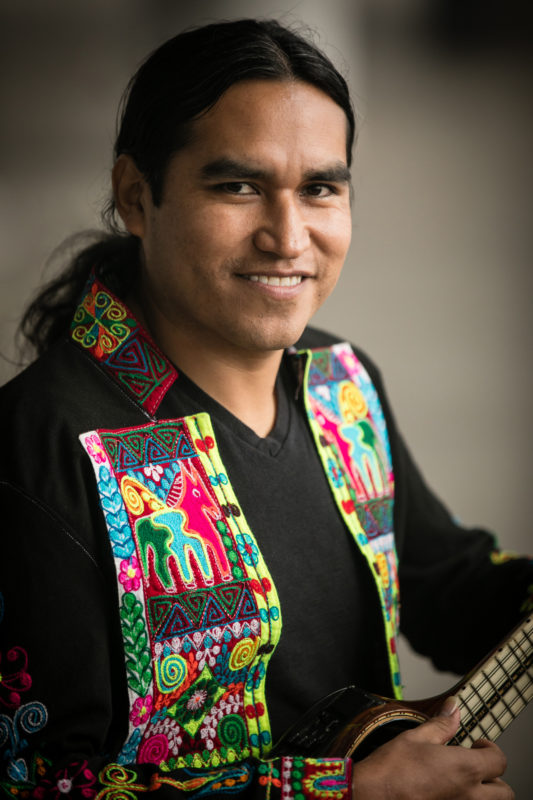 Amado Espinoza (Sound Designer) is a unique performing artist, composer and
instrument maker from Cochabamba, Bolivia, that respects his
folk traditions of the Andes Mountains while creating compositions
that are sincere to his musical-wanderlust personality. A graduate
of Milan Conservatory in Cochabamba, Bolivia, Amado
specializes in the Bolivian Charango, yet demonstrates skill in
hand percussion and native flutes from different cultures around
the globe. The master craftsmanship of the instruments he
constructs, whether it be from wood, metal, coconut or recycled
pvc, makes the process of his music-making more organic,
innovative, and often surprising.
Amado works as a solo performer and with his groups Ayllu,
Colectivo Yanquitl, and the Amado Espinoza Trio. He is a
featured artist with Ensemble Iberica (Kansas City, MO), Oil rock
band (Cochabamba, Bolivia) and for yoga/sound therapy
meditations.
Since making Kansas City his home in 2014, Amado has been
featured on TedxKC, Kansas City Folk Festival, Native American
Harvest Moon Festival, and more. He is a grant recipient of the
Lighton International Artist Exchange Program (2019), Folk
Alliance International Music Conference scholarship recipient
(2015), ArtsKC Inspiration Grant recipient (2016), Charlotte St.
Foundation resident (2015-2017) and 2017 Generative
Performing Arts Fellow. He composes for film, theatre, and
dance, most notably We are the Landscape (2016), a
contemporary indigenous stage performance in Kansas City, Mo,
The Storytelling Project (2018) with UMKC MFA Theatre
Program, and Pachakutec (2019) Bolivian Tour.
In October, 2019, Amado was invited by the Berklee School of
Music in Boston, MA, to give a masterclass on Andean Music,
with emphasis on pre-columbian instruments.

He co-founded Resonation Music and Arts, LLC with theatre-artist
Karen Lisondra to use educational programming to inspire
curiosity and respect for world cultures through music, dance, and
storytelling.