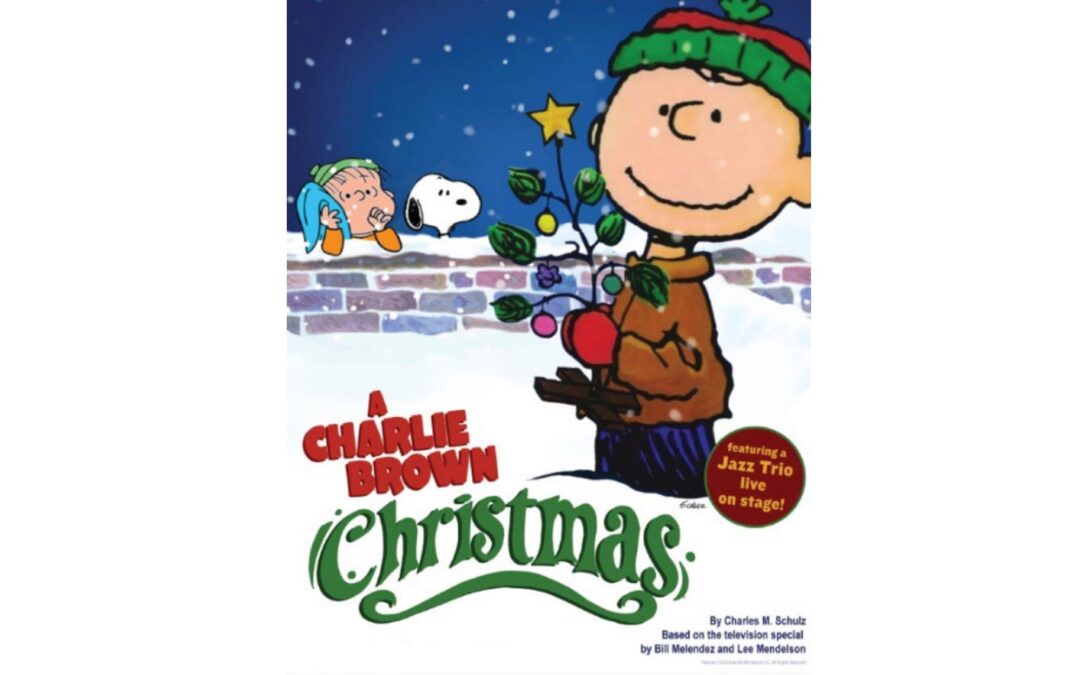 OVERVIEW:
WHAT: A Charlie Brown Christmas
By Charles M. Schulz
Based on the television special by
Bill Melendez and Lee Mendelson

Kansas City, MO – The Coterie Theatre rings in the holiday season by bringing the beloved animated special, A Charlie Brown Christmas, to life on stage featuring a live jazz trio playing Vince Guaraldi’s original arrangements. Written by “Peanuts” creator Charles Schultz and based on the television special, A Charlie Brown Christmas will be directed by William J. Christie with musical direction by Gary Adams. It will be performed on The Coterie’s mainstage in Crown Center, November 15-December 31, 2022.

ABOUT THE PLAY
In 1965, the animated holiday classic, A Charlie Brown Christmas, made its network television debut delighting families across the country. Today, it has become a tradition for generations of families in Kansas City to see live when The Coterie lights up the holiday season with A Charlie Brown Christmas on stage. A reviewer for The Kansas City Star wrote The Coterie’s original production, “serves up a live action, Christmas-sized helping of… first class… innovative… theatrical magic. …Young people are deliberately included and collectively charmed.”

Capturing all the appeal, wit, and wisdom of the 1965 animated special, the stage adaptation of A Charlie Brown Christmas brings to life the whole Peanuts gang, including Charlie Brown, Snoopy, Linus, and Lucy. The story follows Charlie Brown on a memorable journey as he tries to direct the school Christmas pageant. In their letters to Santa, everyone seems to be acting materialistic – so Charlie Brown tries to restore holiday spirit with a ragged little fir tree. Experience the power of this wonderful story live onstage as Charlie Brown turns to his best friend Linus to learn the season’s real meaning.

The production features a live jazz trio playing Vince Guaraldi’s original musical arrangements, including the Peanuts theme Linus and Lucy, Christmas Time is Here, and all the favorites from the beloved special. Additionally, every performance ends with a special encore of Snoopy’s Christmas, which tells the adventures of Snoopy’s Christmas Eve encounter with the Red Baron.

“You can’t beat this production for some of the greatest jazz holiday songs ever written,” says Coterie artistic director, Jeff Church, “all wrapped in the nostalgia of Charlie Brown, Snoopy and the peanuts gang. We even recreate the ice staking!”

A Charlie Brown Christmas runs approximately 55 minutes with no intermission and will be appreciated by families with all ages.

SHOW DATES, TIMES & TICKETS
The Coterie, named “One of the Five Best Theaters for Young Audiences in the U.S.” by TIME magazine, will begin A Charlie Brown Christmas on November 15 and run through December 31, 2022, in The Coterie Theatre, located on level one of the Crown Center Shops in Kansas City, MO. Press Night will be held on Friday, November 18, at 7:00 p.m. The performance runs approximately 55 minutes with no intermission and will be appreciated by families with all ages. All tickets are on sale now through The Coterie’s box office at 816.474.6552 or www.thecoterie.org.

NOTABLE PERFORMANCE EXTRAS
During the run of A Charlie Brown Christmas, The Coterie will offer these special performances:

ABOUT THE COTERIE
The Coterie Theatre was designated by TIME magazine in the top three theaters for young audiences in Nov. 2004, calling it “groundbreaking… one of the nation’s most respected.” The Coterie, located in Kansas City, Missouri, has been at the forefront of commissioning new works or adaptations that contribute to the field of theatre for young audiences. More than 50 world or American premieres for all ages have been produced by The Coterie over the last 25 years, during Artistic Director Jeff Church’s tenure, including hosting multiple major Broadway composers and lyricists to shape quality musicals for youth and families. The Coterie is interested in intergenerational conversation, and consistently includes teen programming in its season and outreach efforts. The Coterie’s community programming redefines traditional notions of work for young audiences with its unique dramatic writing programs (Young Playwrights’ Roundtable), teen LGBTQ work (Project Pride), and mental health workshops in a dramatic format (Project Daylight), all free of charge, as overseen by Executive Director Joette Pelster and a dedicated staff. All these components serve an average of 97,000 per year through over 350 performances. The Coterie Theatre School has locations throughout greater Kansas City. Donate at www.thecoterie.org.

OUR FUNDERS
The Coterie is funded, in part, by Missouri Arts Council, The Shubert Foundation, Muriel McBrien Kauffman Family Foundation, and Theater League.

THE 2022/2023 SEASON
Following A Charlie Brown Christmas, The Coterie’s 2022/2023 Season continues with the world premiere of a new play inspired by overlooked Kansas City history, Only One Day a Year, January 31-March 5, 2023; the fun family musical, Don’t Let the Pigeon Drive the Bus! The Musical!, April 4-May 21, 2023; and the world premiere of the youth and family version of Doctor Dolittle, based on the popular movie musical, June 27-August 6, 2023.